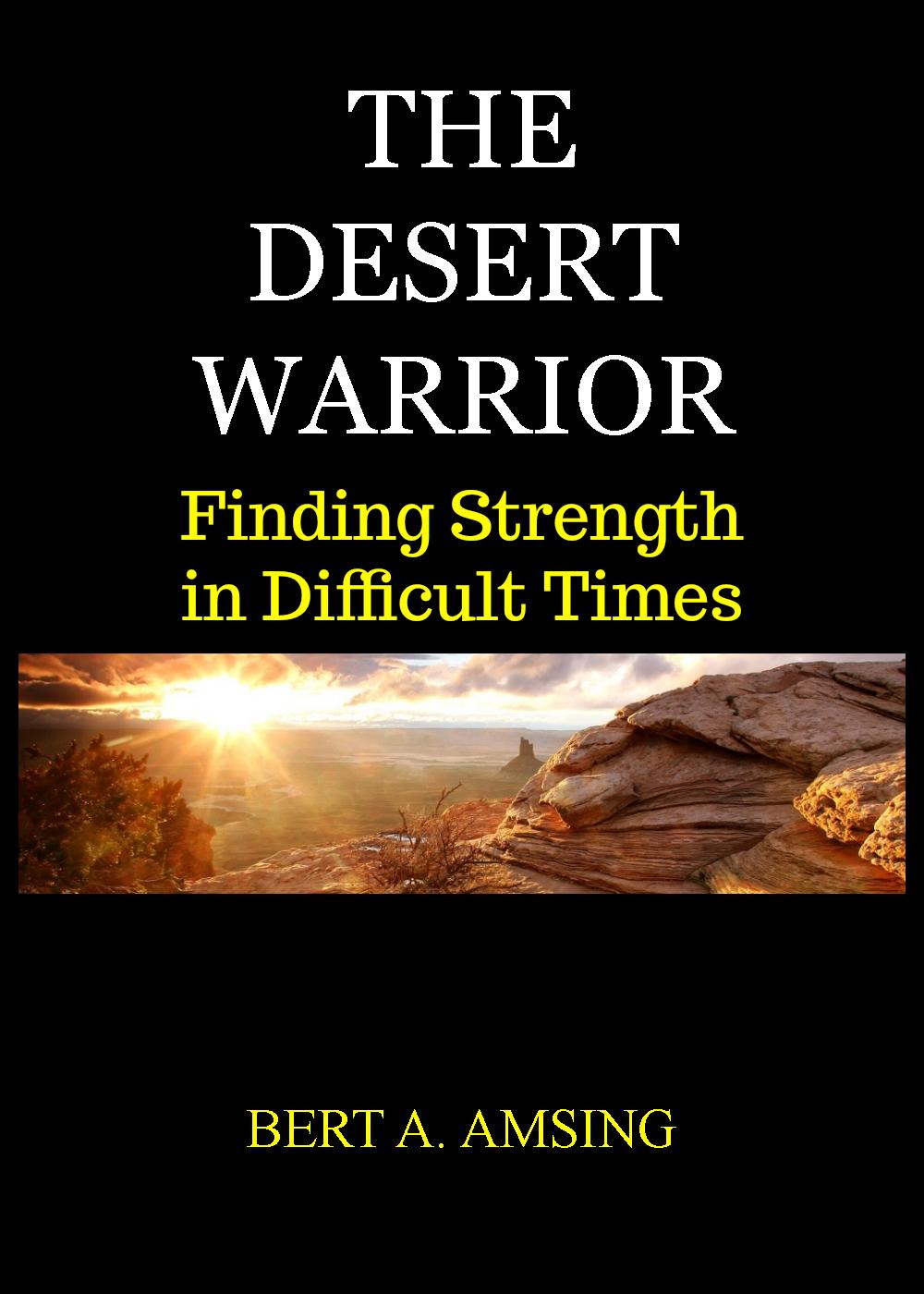 “So, the intelligence and design of the universe gives men pause to think.  Good.  Anything else, son of Adam?”

“Well, human beings for one thing.”

“Yes, the crown of my creation.  I did my best work on my son and daughter.  It was very good.”  He looked at me with those dark blue eyes which flashed with something fierce.  “You think they came from monkeys?”

“Well, that’s the point isn’t it?” I said, with a tremble in my voice.  “It is hard to believe.  Where did intelligence come from, and personality and morality?  Where did this self-awareness come from?  Animals don’t have these qualities but man does.  How did we bridge that gap?”

“I thought that Mr. Darwin and his followers had all the answers to those questions.”

“Not even close.”  I said.  “There are theories, of course, but nothing definitive.  It always seems to be a bit of a circular argument.  Because it exists, it must have evolved.  Because it evolved, there is no God.”

“Apparently, the mind is now dimmer than I originally created it.  Why not argue it the other way around?  Because there is a God, man was created.  Because he was created, he exists?”

“That would presuppose a belief in a personal God and science does not think that is appropriate to a study of the natural sciences.”

“There is nothing more natural than the One who created the world,” he said.  “But I take your point.  Of course, if I created the world, then science is simply the discovery of what I put there.  There is no argument between me and science.  We are in perfect harmony.  It is the scientists themselves who are the problem.  They lack the humility of partial and incomplete knowledge.”

“That’s true,” I said, “but many scientists believe that you get in the way of good science.”

“Some people call it the “god of the gaps” problem.”

“Well, throughout history whenever mankind didn’t understand something, he would attribute it to you and settle it that way.  It was not very conducive to the scientific process and basically kept mankind in the dark about a lot of things for centuries.  Imagine where we could be today if the scientific method had been discovered much earlier?”

“So, by ascribing things to me, scientific progress was thwarted, perhaps even stopped at times.”

“Yes, the church has not always been open to scientific advancement.”

“Well, science is good.”  Isn’t it?“  It has advanced civilization,” I said. “It has cured   diseases, battled poverty, made life more comfortable for millions of people.  Who knows what we will be able to do in the future?”

“Yes, science is good because it is the discovery of what I put into the creation I have made.  But that is not the question.  The question is whether science – without me in the picture – is good, or even possible, or even the point.”

“In a world full of evil and suffering and death, science has provided some comfort but it has also obscured the essential issue.  Science in the context of redemption can bring great healing but science without redemption is merely a band-aid on a festering wound – no, even worse, a band-aid claiming to be the cure.”

“Most scientists today are trying to stay away from the philosophical and metaphysical questions altogether.”

“Is that possible?” he said.

“Frankly, I’m not sure,” I said.  “On the other hand, there are many scientists today that are Christians and they seem to be able to do very good work while still believing in you.”

“How do they do that exactly?  Can they really be good scientists if they already know that I am the One who created everything?”

“From what I hear, they make a distinction between the who and the how.”

“Science describes the laws that govern the way things happen in the world and even in the universe but Christians believe that a description of how things work doesn’t mean that there is nobody behind it or involved in it.”

“Good.  That’s a start in the right direction.  Simply because I choose to act in consistent ways, so much so that they appear to be laws to you, that does not mean that I am not intrinsically involved in the very foundations of the world and how it interacts.  How could it be otherwise?”

“That’s true,” I said, “once a person believes that you are there.”

“Exactly.  It is the “who” not the “how” that is at issue.  What was I supposed to say to mankind six thousand years ago?  Explain creation through quantum physics and the difference between a classic singularity of general relativity and a quantum singularity?  Even that doesn’t quite say it.  The point is that they did not need to know the “how” but rather the“who” and that was what I told them.  Even today, if I tried to explain the quantum dynamics of the split second after my power was released when I separated the forces of gravity from the strong and weak nuclear forces and the electromagnetic force with the necessary infinite precision so that life would result, or the creation of matter and the clumping of matter, exotic and ordinary, into galaxies and the solar system and earth itself and the life that it produced, how could you even hope to understand it all.   A few of you, perhaps, but not most of you.  The purpose of the world is not to understand it, as beautiful and helpful as that might be.  The purpose of life is to have a relationship, a renewed relationship, with the “who” behind creation, the one who sustains creation and you within it.  The one who created this world for you and you for this world.  Without the “who,” the “how” is empty and hollow.”

“I see your point.  Most people, even today, don’t understand scientific language.”

“That doesn’t mean it isn’t true, at least so far as it goes.  Rather, it means that the focus and purpose of my message is different than what a scientist is looking for.  He must make a distinction between his life and his work, between his process and his purpose.  Only then can he have the humility to accept a reality beyond his ability to study or understand.”

“But what difference does it make?” I said.  “It doesn’t affect their ability to study reality and determine the causes of things.  A non-Christian scientist can come up with good science just as well as the Christian.  In that sense, it makes no difference.”

“It may make no difference to science, but it does to the scientist.”

I shifted nervously in my seat.   “I’m not sure what you mean,” I said.

“It’s obvious that science has gone beyond describing how things work and explaining cause and effect.  It has made statements about the origin of life, about the purpose and meaning of life, about the sufficiency of science as a way of looking at the world and fully describing reality.  It has created a predisposition in many people against the supernatural, against me.  Many have made science their god.  It explains life to them without requiring anything in return.”

“Well,” I said carefully, “they certainly wouldn’t see it that way.”

“Of course not.  They would call it intellectual honesty.  But when science becomes the ground for philosophy and philosophy evaluates metaphysics and all three take the place of theology, there is no room for me and therefore science has become their god.  It has become more than an issue of intellectual honesty.  Agnosticism would be more honest even if it isn’t more accurate.”

“They would say that you aren’t even an option in the scientific method.  The natural world doesn’t need a supernatural explanation.”

“I am nothing more than an explanation?”  He sighed.  “And yet, they are saying something more, aren’t they?”

“Yes, most people have taken it a step further and claim that you are therefore not necessary to life.  Natural explanations for life are enough.”

“Of course not.  But the question remains whether that leap of faith is because they have honest questions about me or whether it is a way to protect themselves from the claims of a God who is there.”

“That’s a good question but I’m not sure that they are even thinking on that level.  People tend to have tunnel vision when it comes to their deepest motivations and views of life and themselves.”

“That is true for all of you, don’t you think?  Perhaps it is time to reveal the scientist to himself.  He may yet turn to me and be saved.”