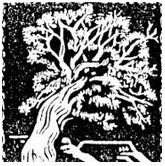 Good morning, Lord.  Thank you for another day in service to you.  I have to admit that we had a lot of fun yesterday during the filming.  It was a beautiful day, the flowers were out, the birds and the bees were hard at work.  All in all, a warm spring day.  We have never done any filming before, Lord, so it was all new and a bit nerve racking but the kids were helpful in holding up the cue cards during filming.  They were told not to move….for anything.  The funniest thing was that Melanie had a big honey bee buzzing around her and she stayed still and held up the cue card until we were finished filming and then started to scream and hop and yell.  We all nearly died laughing.  Thank you for such precious moments to remember, Lord.

And then, there´s Michelle, with her birthday coming up in a few days….tomorrow actually.  She is just starting to like collecting stamps and coins and she is studying China in school so she wanted to have some Chinese coins for her birthday.  Well, Lord, we live in Argentina so what´s the possibility of that.  But we did find a seller on Mercado Libre, but too expensive.  Then, coming home, on the street she sees a rusted round thing and picks it up.  Lo and behold, it is a Chinese coin.  Lord, you truly have a sense of humor.  That was a birthday gift from you, no doubt.  Sure, there is a Chinese supermarket a few blocks away and it was probably one of them that dropped it at one point.  But knowing the cause and effect doesn´t change the miracle of who was behind it all.  Thank you, Lord, for your little kindnesses each day.  I belong to you.  In your name, I pray.  Amen.