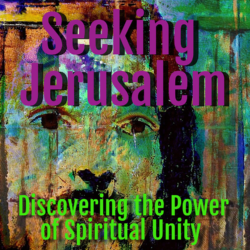 Do you remember the book called The Secret by Rhonda Byrne that they also made a movie out of? It was really popular for a while and promoted what they called The Law of Attraction which claims that thinking positively about something can make it appear in your life. A dubious idea at best. It was clothed with some religious language (ask, believe, and receive) and fits well into the Prosperity Gospel that has swept through the American churches in recent years. It sold 20 million copies at least and was translated into more than 50 languages. Rhonda Byrne certainly attracted a lot of money and fame into her life.

Who knows how Hosea might have breached the subject of marriage to Gomer? You have to take into account the culture, the fact that he was known as a prophet of God, and the fact that she was a loose woman. Talk about a rebound. Apparently, she was married before and committed adultery and had children by her other lovers. The timeline isn’t all that clear. The storyline is a bit confusing but something strange was going on.
First of all, are you kidding me? God tells his prophet to go marry an adulterous woman who has children out of wedlock. Talk about the lowest of the low. The Pharisees gave Jesus a hard time for letting a prostitute wash his feet with anointing oil just before his death in Jerusalem. He should have known what kind of woman she was. Preposterous. Ridiculous. God told you to do what? God would never do that. I’m certain of it. Yeah, right.

I have a bone to pick with Pastor Rick Warren. I like him a lot and I promote his daily devotionals on my facebook account and read all of his material. He is a wonderful Pastor. I’ve read his books and I would normally say that he is “dead on” in his ministry. But not this time.
A couple of days ago, he published a post about reconciliation that he called, Requirements of Restored Relationships in the “You Make Me Crazy” Series. Basically he says that Restoring a Relationship Requires Repentance, Restitution and Rebuilding Trust.
Most of the post was very helpful but the last part brought in some very popular but unbiblical material. Let’s go over what he says together…

In a couple of weeks on Palm Sunday, we will have a potluck fellowship dinner. Everybody brings a dish and a desert. Drinks are provided. We get together and chat for a while and call it fellowship. Fellowship is supposed to be another word for Spiritual Unity. Doesn’t sound very interesting but it is nice, I suppose.
We have been talking about the Way of the Cross – confession, repentance, forgiveness and reconciliation. Fellowship or Spiritual Unity is supposed to be the result of reconciliation.

The Holiness Project – Revival on Mars Hill 22 Paul then stood up in the meeting of the Areopagus and said: “People […]

Good morning, Lord.  Thank you for another day in the desert with you.  It rained hard all night, and stormed […]